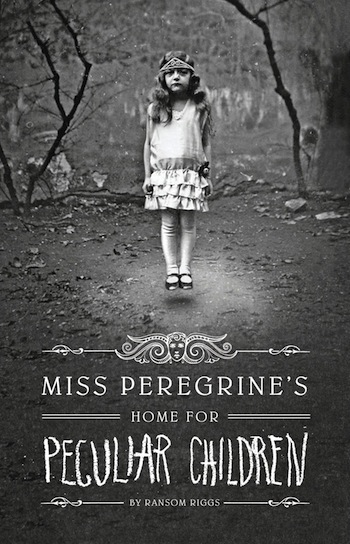 For years, Jacob had delighted at his grandfather's tales of growing up during World War II in an orphanage run by Miss Peregrine and populated by children like himself. Well, not quite like himself. These children were peculiar. Very peculiar.

Miss Peregrine's Home for Peculiar Children is Ransom Riggs's debut novel, and mixes real antique snapshots with a haunting narrative to paint a world where peculiar children might conceivably exist.

The series by Ransom Riggs:

A film adaptation of the first book, directed by Tim Burton, was released on September 30th 2016. The page for it is here.

This page contains tropes (and spoilers!) for the whole series.