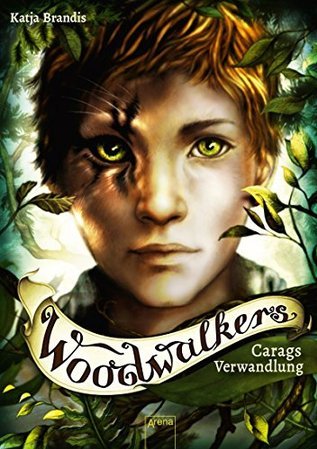 It follows the adventures of the woodwalker Carag, a human who has the ability to turn into a puma. For the first years of his life, he was raised by his parents as puma, but after a visit in the human world he decides to leave his family behind to live as a human.

Four years later he struggles at his school. Although he was adopted by a supporting human family he hasn't got many friends and is bullied by his classmates- until he learns that more woodwalkers like him who are also able to turn into animals like squirrels or eagles and that there are even special boarding schools for them.

Supported by his new mentor Andrew Milling he enrolls at the Clearwater High where he soon finds new friends...

This series consist of six books:

The first book has been translated into English as The Metamorphosis and is scheduled to be released in October 2022.

Has a sequel series called Seawalkers and a spin-off called Woodwalkers And Friends.Not to confuse with the Woodwalker series by Emily B. Martin. Compare this series with Animorphsnote a series about teenagers who can turn into animals or Academy Of Shapeshiftersnote in which the main character also learns that she's a shapeshifter and now has to go to a special school where she learns to control her powers.