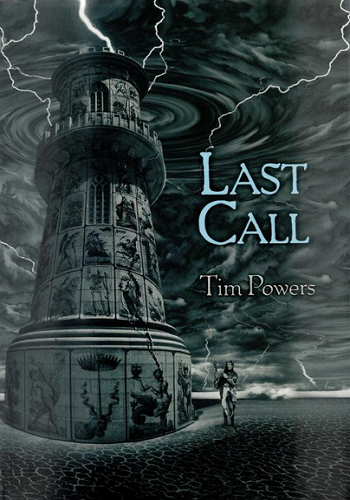 Last Call is a 1992 contemporary fantasy novel by Tim Powers. The action takes place mostly in Las Vegas and revolves around a series of high-stakes poker games with more than mere material wealth at stake.
Advertisement:

The protagonist is Scott Crane, a professional gambler who thought he'd won a lucrative poker game, but gradually discovers that in the process he lost something far more valuable — and the deadline for payment is fast approaching.

Shares a setting and some characters with two later novels, Expiration Date and Earthquake Weather, retroactively referred to as the Fault Lines trilogy.