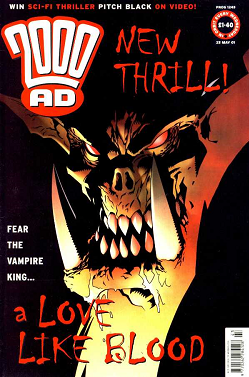 A Love Like Blood is a graphic novel from the pages of the British anthology comic 2000 AD, written by John Smith and drawn by Frazer Irving.

The vampire and werewolf races are locked into an eternal war with each other. Jacques, the heir to vampire king Karkossa, falls in love with a female werewolf by the name of Bethany and both flee to find love together. But with both races determined to exterminate each other, this love is not to last...