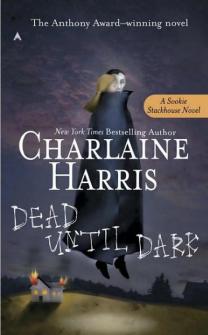 The Sookie Stackhouse Mysteries, also known as the Southern Vampire Series, are a series of best-selling novels by Charlaine Harris. They take place mostly in and around the town of Bon Temps, Louisiana, and are written with a distinctly old school Southern flavor, including some of the consequences of living in that part of the country.

The main character, and the one from whose point of view the stories are told, is Sookie Stackhouse, a very pretty waitress at a popular bar in town, who is also a telepath. Sookie's world is one where, two years before the first book's story begins, the Vampires came forward, introduced themselves to the world at large, and began walking among regular people. Sookie's boyfriend Bill is a vampire, so chosen because she cannot read his mind and thus finds it comforting to be around him. Due to the vampires turning up in Bon Temps, murder soon follows, and Sookie's relationship with Bill and the politics thereof causes her to get mixed up in solving the mysteries.

An HBO series called True Blood has been made (very loosely) based on the books.

Books and short stories in the series are as follows: