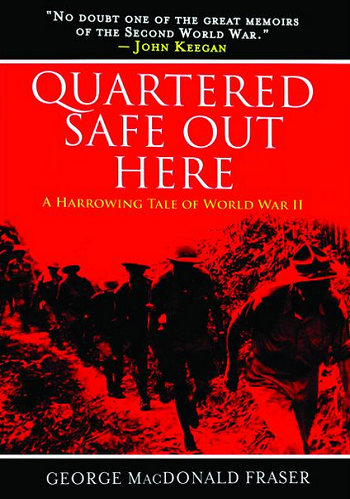 George MacDonald Fraser's memoir of his World War II service in India and Burma as a trooper in the 9th Battalion of the Border Regiment, one of the multitudinous units serving in the British Fourteenth Army.

Can be considered a prequel to the McAuslan stories.

This memoir contains examples of: