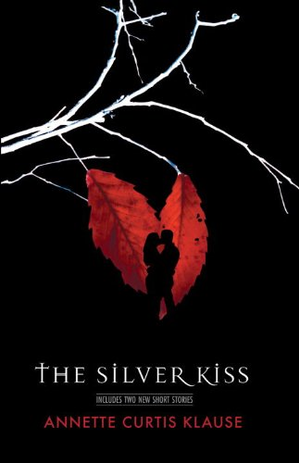 One of the go-to Vampire Fiction novels from before the Twilight era is The Silver Kiss, authored by Annette Curtis Klause back in 1990.

Zoë is wary when, in the dead of night, the beautiful yet frightening Simon comes to her house. Simon seems to understand the pain of loneliness and death and Zoë's brooding thoughts of her dying mother. Simon is one of the undead, a vampire, seeking revenge for the gruesome death of his mother three hundred years before. Does Simon dare ask Zoë to help free him from this lifeless chase and its insufferable loneliness?

The 2009 reissue of the novel included two new short stories, "The Summer of Love" and "The Christmas Cat", respectively set before and after the novel's events.

The Silver Kiss contains examples of: