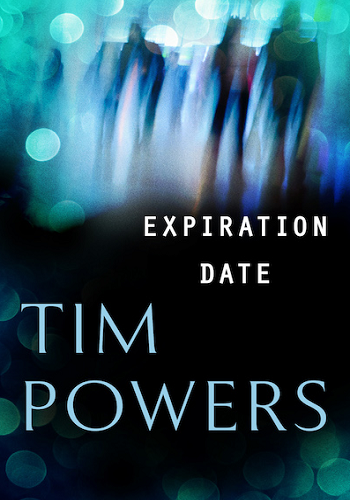 Expiration Date is a 1996 contemporary fantasy novel by Tim Powers. It involves a secret subculture of people who retain their youth by inhaling ghosts, and the scramble that results when a vial containing Thomas Edison's dying breath (and thus offering its possessor a shot at his potent ghost) resurfaces after being hidden for decades.
Advertisement:

Shares a setting and some characters with two other novels, Last Call and Earthquake Weather, retroactively referred to as the Fault Lines trilogy.