Literature / The Eyes of Kid Midas 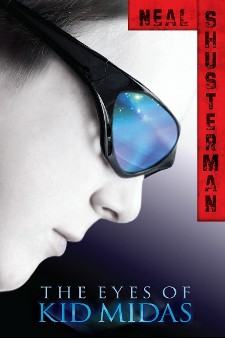 The Eyes of Kid Midas is a Young Adult Novel by Neal Shusterman. It stars Kevin Midas, an Ordinary Middle School Student who stumbles upon a pair of Reality Warping sunglasses. At first, it's great—Kevin can have anything he wants. In the mood for an ice cream cone? Bam: there it is. But it doesn't take long before things start to fall apart, as Kevin quickly discovers how dangerous godlike powers can be...

The Eyes of Kid Midas contains examples of: