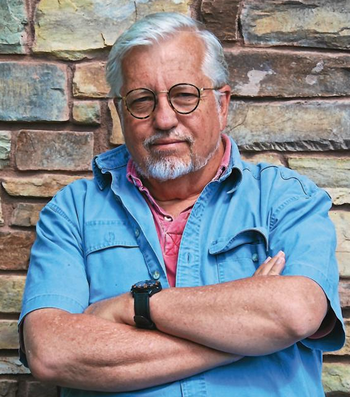 Dan Simmons (born April 4, 1948) is a Speculative Fiction author, best known for his sprawling and imaginative horror-tinged Science Fiction series, the Hyperion Cantos. He has also written fantasy and horror, and has won awards for best novel of the year in all three categories.
Advertisement:

A common thread throughout all Simmons's novels are references to classic literature, either directly or metaphorically. (Simmons was once a middle-school English teacher).

Works by Dan Simmons include: