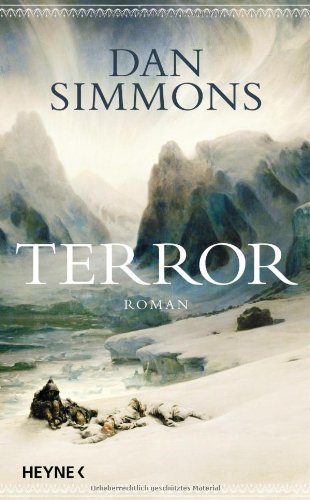 The Terror is a 2006 Historical Fiction/Supernatural Horror novel written by Dan Simmons, detailing the Franklin Expedition, the doomed 1845 voyage by the ships HMS Terror and HMS Erebus to explore the Northwest Passage. In Real Life, the explorers died of starvation and scurvy, while in this novel they also have a mysterious man-eating monster to contend with. There is also a mysterious, seemingly mute Inuit woman the explorers christen "Lady Silence", who may or may not know something about the monster that is stalking the expedition.

Not to be confused with the 1963 horror film directed by Roger Corman.