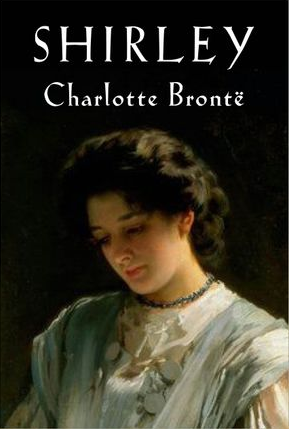 Published in 1849, Shirley is Charlotte Brontë's second published novel. It was written during the deaths of her brother Branwell and her sisters Emily and Anne. It explores the theme of Luddism in 1811-1812, as Charlotte Brontë wished to write about social issues such as Chartism but felt more comfortable writing about an earlier era with similar themes.

The story involves the lives of various people in Briarfield parish. Caroline Helstone is the 18-year-old niece of the Rev. Mr. Helstone. She is unhappy because she is in love with her cousin Robert Moore, a manufacturer, and he doesn't declare any feelings for her. She is also lonely because she feels ill at ease with most people in the neighbourhood. Her father is dead and her mother left her years ago. She tries to become happier by doing good works but it doesn't work. Her visits to her cousins Hortense and Robert are eventually forbidden by her Tory uncle, who disagrees with Robert Moore's Whig politics.

In the meantime, Robert Moore's trade is affected by The Napoleonic Wars. He can't afford to marry as he pleases and he is near bankruptcy. Some former workers demand the removal of machines but he can't afford it. He is counselled by Mr Yorke, a fellow manufacturer, to marry a rich woman. Fortunately, he is helped by loans from his landlord, Shirley Keeldar. From that point, the novel proceeds to follow how the situation plays out before the victory of Duke Wellington, with further characters, such as Shirley's former tutor, Louis Moore, entering the scene.