Literature / The Valley of Fear 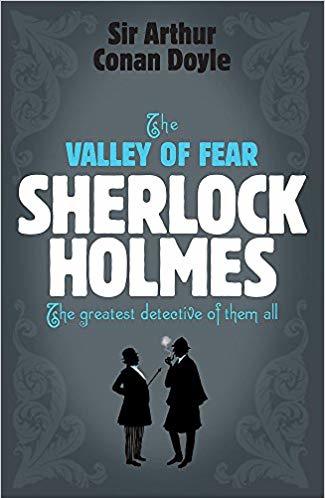 Sherlock Holmes receives a coded message indicating that a man named John Douglas is targeted for murder by Professor Moriarty's criminal organization. Holmes and Watson are too late to stop the murder, which presents a puzzle: somehow the killer managed to shoot Douglas and escape, despite using a shotgun which alerted the household, and despite the drawbridge to Douglas's mansion being raised up for the night. Suspicion falls on Douglas's friend who was visiting, and then Douglas's strangely unconcerned wife, before Holmes discovers the truth of the mystery, which dates back to Douglas's involvement with a secret society in a coal mining district of America.

Unmarked spoilers below. Valley of Fear, though the least-read book in the series, contains some of the best plot turns. It is highly recommended you read it before scrolling down.