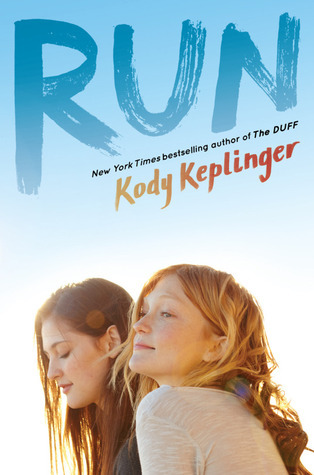 Run is a 2016 Young Adult novel by Kody Keplinger.

Bo Dickinson is a girl with a wild reputation, a deadbeat dad, and a mama who’s not exactly sober most of the time. Everyone in town knows the Dickinsons are a bad lot, but Bo doesn’t care what anyone thinks.

Agnes Atwood has never gone on a date, never even stayed out past ten, and never broken any of her parents’ overbearing rules. Rules that are meant to protect their legally blind daughter—protect her from what, Agnes isn’t quite sure.

Despite everything, Bo and Agnes become best friends. And it’s the sort of friendship that runs truer and deeper than anything else. So when Bo shows up in the middle of the night, with police sirens wailing in the distance, desperate to get out of town, Agnes doesn’t hesitate to take off with her. But running away and not getting caught will require stealing a car, tracking down Bo’s dad, staying ahead of the authorities, and—worst of all—confronting some ugly secrets.

The book was met with very positive reception, but also wound up in the centre of a controversy when literary journal VOYA recommended it suitable for high school readers only due to the presence of a bisexual character—read more about that here