Literature / Running Out of Time 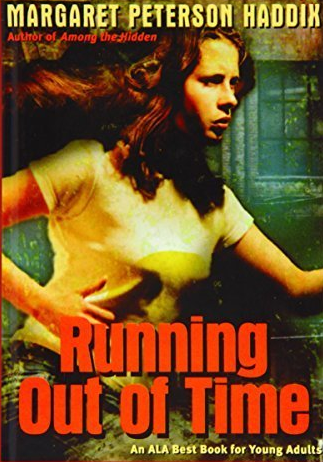 Running Out of Time is a 1995 Science Fiction young adult novel by Margaret Peterson Haddix. It is not related to either the Ozzy Osbourne song or the 1999 film by the Hong Kong director Johnnie To.
Advertisement:

Jessie Keyser has lived 13 years thinking that she lives in a rural village called Clifton in 1840s Indiana. When her village is struck with a bout of diphtheria, her mother tells her the truth: The year is really 1996, and Clifton is nothing but a replica of a historic village, or a tourist attraction. Jessie is sent to go get the cure for diphtheria in secret in the outside world from a scientist named Mr. Neely. But something more dangerous is afoot when Jessie's search ends.

Rumors exist that The Village is inspired by this. For the trope that means "running out of time", see Race Against the Clock.