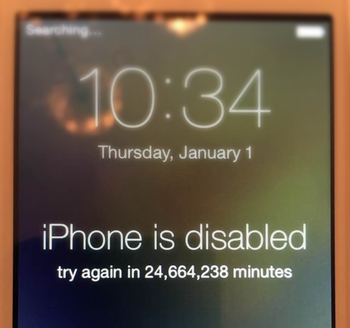 Come on! Where am I supposed to crush candy for the next 46 years?
"Fill out Schedule B. You should receive your burgers in 6 to 8 weeks."
— The Simpsons, "Bart the Fink"
Advertisement:

You need to wait for things, that's a fact of life and you cannot avoid it. Waiting for an appointment with the doctor, waiting for your pizza, or just waiting for the street light to change. But if you are lucky, you won't have to wait long.

Except in fiction, where you are never lucky, not only you will never wait bare minimum, but the actual time you need to wait will be stupidly long. Things that normally would take hours, at most, will take days, or even weeks! And if something normally takes weeks, well...you can expect to be waiting for a few decades.

This is a comedy trope to put the character in a frustrating situation and show how determined (or dumb) they are for being willing to withstand the wait. Sometimes you can see someone else that has already been waiting. If they have been lucky they might need a shave, if they aren't, they won't need a shave...ever again.

This trope can also be played for drama when a vital question is put on hold for sometimes decades.

Supertrope of Ridiculously Long Phone Hold, Right on Queue, Snail Mail, and Take a Number. Compare Ticket-Line Campout, when the character subjects themselves to an excruciating wait for another benefit, normally simply being first. See also The Bore, when a character is wasting someone else's time by speaking too much. Contrast Instant Home Delivery. Penal equivalent is Longer-Than-Life Sentence.