Literature / The House of Silk 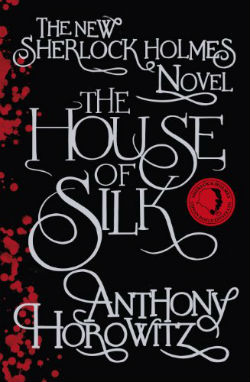 The House of Silk is a Sherlock Holmes pastiche written by Anthony Horowitz. It was published on 1st November 2011 and was officially commissioned and authorised by the Doyle Estate.
Advertisement:

Sherlock is dead, and Watson is old and alone. Only now can he write down one of the darkest and most disturbing cases the duo ever investigated. What starts with one seemingly banal case, develops sudden complications and becomes a much more complicated riddle, in the centre of which stands the mysterious House of Silk.

The Tropes of Silk: