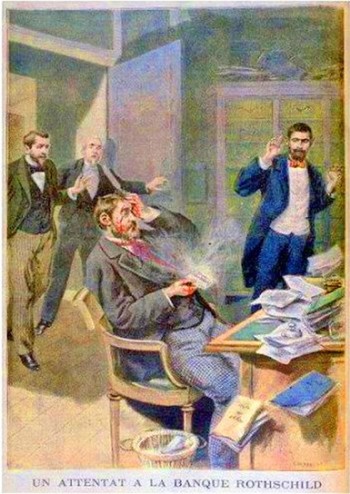 An attack at the Rothschild bank
"Special delivery—a bomb. Were you expecting one?"
— Inspector Clouseau, Revenge of the Pink Panther
Advertisement:

When the postal service is used to kill someone, usually by letter bomb, biological weapon, poisoned food, or some kind of magic that uses the written medium. Sometimes, an e-mail or other New Media messaging device is used in place of an actual letter or package.

One of the forms Somebody Set Up Us the Bomb can take.

Worth noting is that in Real Life you're not supposed to send dangerous goods (fireworks, ammunition, etc) by mail in the first place, not even for non-violent purposes.