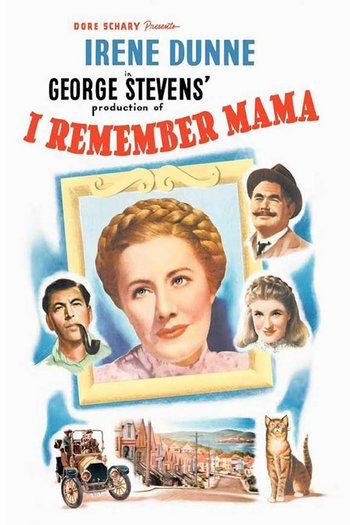 I Remember Mama is a 1948 drama film, directed by George Stevens, from a screenplay by DeWitt Bodeen, adapted from the 1944 stage play by John Van Druten (which was itself based on Kathryn Forbes' 1943 novel Mama's Bank Account). The film stars Irene Dunne in the title role; also featured in the cast are Barbara Bel Geddes, Oskar Homolka, Cedric Hardwicke, Philip Dorn, Ellen Corby, Rudy Vallée, and Edgar Bergen.

The film received five Academy Award nominations, while Ellen Corby won a Golden Globe for her supporting role as Aunt Trina. A TV adaptation, simply called Mama and starring Peggy Wood in the title role, aired on CBS from 1949–57.