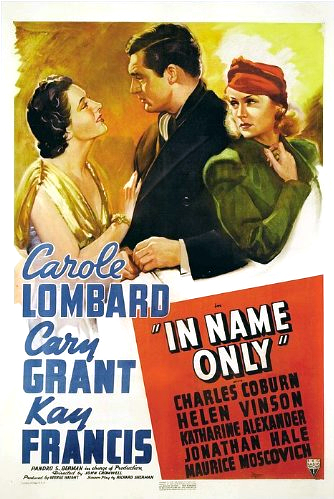 Alec Walker (Grant) meets and befriends lonely widow Julie Eden (Lombard). Unbeknownst to Julie, Alec is married to Maida (Francis), a manipulative gold-digger. Their marriage is in name only, but Julie refuses to continue her friendship with Alec after she finds out about the marriage.

Alec eventually asks for a divorce: Maida is, however, not willing to let go so easily. Slowly, Alec and Julie fall in love, but Maida is determined to make it difficult for both Alec and Julie to be together.

In Name Only shows the following tropes: