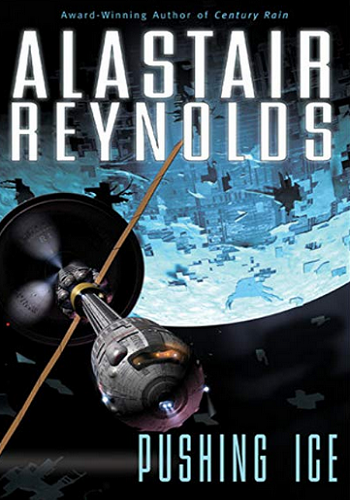 Pushing Ice is a hard Space Opera novel by Alastair Reynolds. In the year 2057 Saturn's moon Janus powers up and begins exiting the solar system in the direction of the Spica system

The ice mining ship Rockhopper is the only ship that can intercept Janus, so they are dispatched to carry out a flyby before the moon leaves the solar system forever. Needless to say, their visit to Janus turns out to be a lot more permanent than the crew of Rockhopper were anticipating...