Literature / On the Steel Breeze 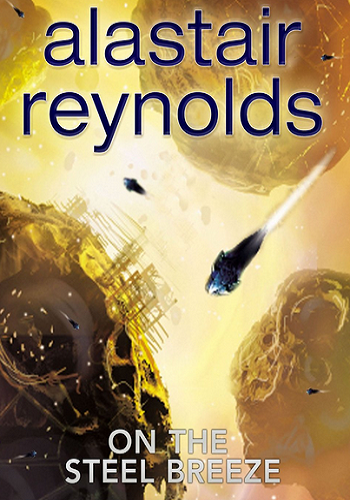 The second book in Alastair Reynolds' Poseidon's Children trilogy, this book follows three members of a later generation of the Akinya family.
Advertisement:

Chiku Akinya, the niece of Blue Remembered Earth's protagonist Geoffrey Akinya, has herself cloned twice, then "synchronized" in such a way that she and her clones are identical on a physiological and psychological level, with no way of knowing who the "original" was. Chiku Red is sent out to rendezvous with Winter Queen, Eunice Akinya's interstellar ship; Chiku Green boards a Generation Ship intent on colonizing Crucible, the mysterious world discovered in Blue Remembered Earth; Chiku Yellow stays on earth.

Tropes within On the Steel Breeze: