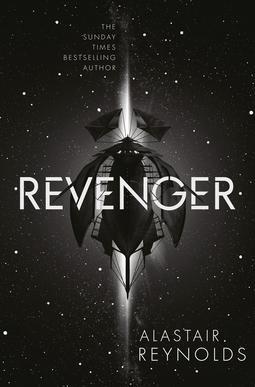 Revenger series is a series of novels set in the Solar System tens of millions of years in the future. The planets have long been scrapped for use in construction, and people live on Baby Planets (with black holes in their centers) or huge space stations. Interplanetary voyages are conducted with Space Sailing ships called sunjammers that must weather solar storms and attacks by Space Pirates.

Human civilization has expanded and collapsed several times. Each such expansion is called an Occupation, and at the time of the setting, the thirteenth is in full swing, although just coming out of a recession. It spans approximately 20,000 inhabited worlds called the Congregation.

One risky but lucrative line of work for a sunjammer crew is to find artifacts of previous Occupations, which usually fetch high prices on the market (or might provide utility right off the bat). Such items can be found in caches around the system, typically full of dangers and deathtraps.

The story starts off when two sisters, Adrana and Arafura Ness, become part of the crew of the Monetta's Mourn to explore the stars and earn money to offset their family's financial woes. They are recruited for their ability to "read bones", essentially allowing to patch into the Subspace Ansible network around the system to listen to information from other crews to find artifacts that could earn the crew a big payday. But trouble comes when their ship is attacked by Space Pirates led by the infamous Bosa Sennen ...