Literature / The Magic Goes Away 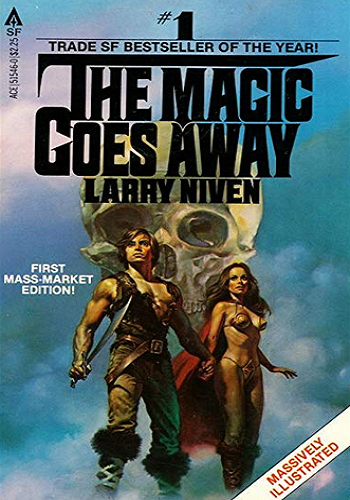 "When the mana runs out, I'll go like a blown candle flame, and civilization will follow. No more magic, no more magic-based industries. Then the whole world will be barbarian until men learn a new way to coerce nature, and the swordsmen, the damned stupid swordsmen, will win after all."
— Warlock
Advertisement: