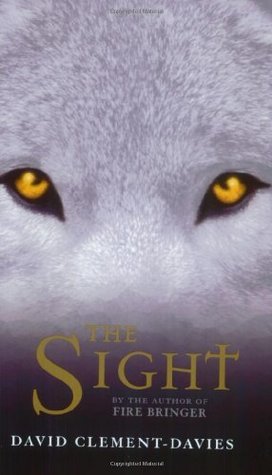 The Sight by David Clements Davies, is a xenofictional novel about wolves and psychic powers.

A sequel has also been written: Fell. It focuses on the titular character as he goes on his own personal quest revolving around the Sight and another child, similar to the relationship between Larka and human-baby Bran. And there's Fire Bringer, which is also set in same universe, but in a different location.