Literature / War of the Spider Queen 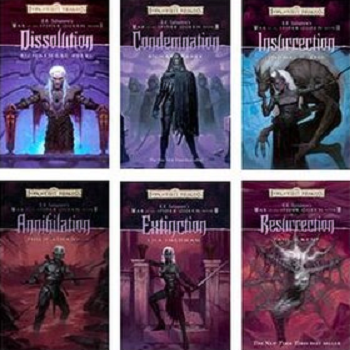 War of the Spider Queen is a six-book series written by several authors and overseen by R.A. Salvatore. It takes place in the Forgotten Realms.
Advertisement:

The series follows the adventures of a group of Drow as they search for the reason that Lloth, their goddess, has fallen silent. Their quest will take them around the world, and under it. Meanwhile, back at Menzoberranzan, the status quo has been upset.

The books and authors are as follows:

War of the Spider Queen contains the following tropes: