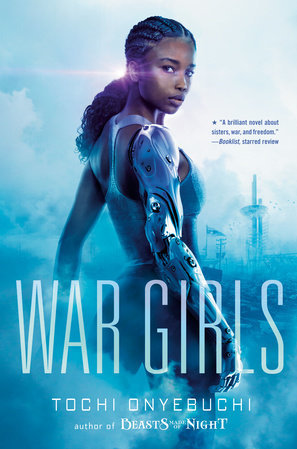 War Girls is a futuristic reimagining of the Nigerian Civil War, taking place in 2172. Onyii and her adopted younger sister Ify live in a Biafran refuge camp, which gets attacked by Nigerian soldiers. The two are separated, with Onyii becoming a Biafran soldier while Ify has settled into a life studying in Nigeria. Written by Tochi Onyebuchi, this book was published in 2019.