Literature / For Want of a Nail 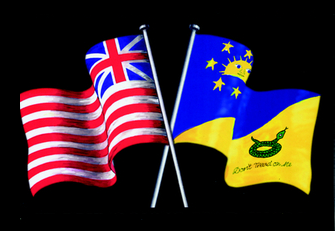 The Confederation of North America versus the United States of Mexico
Advertisement:

For Want of a Nail: If Burgoyne Had Won at Saratoga by economic historian Robert Sobel is a 1973 Alternate History textbook that details the counterfactual trials and tribulations of the North American continent from 1763 to 1971. It's considered a Trope Codifier, if not the Trope Maker, of more hard-nosed approaches to alternate history that move away from the outlandish geopolitical shenanigans in works like The Man in the High Castle note where Nazi Germany has filled in the Mediterranean and split the United States with Japan or Bring the Jubilee note a book that features a Confederate States of America that took over all of the nations south of it. The book eschews any conventional fictional story, and embraces alternate history for its own sake, serving as an inspiration for writing communities like AlternateHistory.com (which is especially evident from the glowing review

it received from Ian the Admin, the site's founder.) The book also won the Sidewise Award for Alternate History (Special Achievement category) in 1997.

The Point of Divergence is the arrival of reinforcements for British General John Burgoyne during the Battle of Saratoga, which turns the tide of the American Revolutionary War to the favor of the United Kingdom, which then stamps out the rebellion. Afterward, the colonies are reorganized into the more centralized and autonomous Confederation of North America (CNA), while thousands of revolutionaries that weren't executed or imprisoned sojourn westward, founding the nation of Jefferson in the place Texas would have been. Under the charismatic yet steady leadership of Andrew Jackson, it unifies with the neighboring Republic of Mexico to create the United States of Mexico (USM) in 1820. The new republic is soon embroiled in a continental power struggle with the Confederation of North America.

Although historical figures factor heavily in the beginning, such as Thomas Edison essentially inventing most modern technology, there are also new faces in the CNA and the USM, such as the idealistic automobile mogul Owen Galloway and the histrionic liberal governor Richard Mason, the nepotistic narcissist Benito Hermíon, as well as the bastardy Corrupt Corporate Executive Bernard Kramer who leads his company Kramer Associates in attaining dizzying heights of power. Throughout this entire book, one finds that two hundred years of history becomes a lot more interesting when you don't know what happens next.