Literature / The Book of the Named 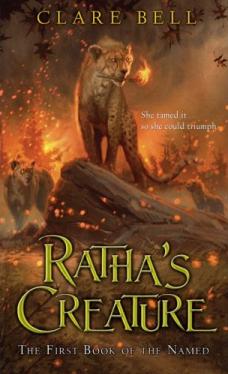 The Book of the Named is a series of Young Adult novels by Clare Bell, told from the point of view of a sentient species of prehistoric cat-like mammal called a nimravid. The story primarily focuses on one nimravid named Ratha and her people, who call themselves the Named and practice a simple version of herding with prey beasts.

Ratha defies tradition and becomes a herder, nearly unheard of for female Named. Herders not only keep the animals safe from predators and slaughter them for the tribe, they also defend them from the Un-Named, nimravids who look like the Named but are non-sentient. It is in this role that she discovers her "creature," fire, which she names the Red Tongue. She also discovers that some of the Un-Named are capable of speech, just like the Named. Her discoveries will change the dynamics of the Clan forever.

The series deals with the social and political conflicts between Ratha, her people, her daughter and mate, and the Un-Named.

The first book in the series was adapted into an episode of CBS Storybreak.