Literature / The Age of the Five 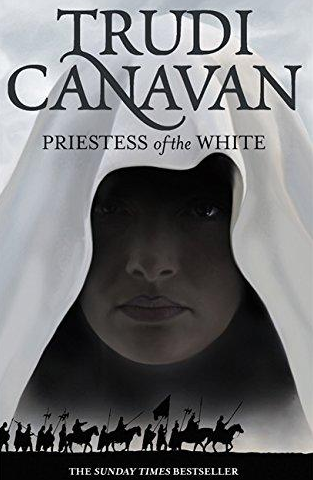 The Age of the Five is a fantasy trilogy by Trudi Canavan. The books in the series are Priestess of the White, Last of the Wilds and Voice of the Gods.
Advertisement:

The series takes place in a continent named Ithania. The Northern Ithania worships five gods collectively known as the Five, the only survivors of a war of the gods. The five gods of the Southern Ithania are claimed to be false and this leads to eventual conflict.

The Five have chosen five humans as their representatives in the world. These five people are called the White and granted extraordinary powers by the gods. Auraya, the main character, is the last of the Five to be chosen. She tries to get adjusted to her new position, starting as a diplomat. During the series she discovers her innate magic is stronger than it was thought to be and goes forth unearthing secrets that have been resting for a very long time.

Alternative Title(s): The Age Of Five