Literature / The Man with the Iron Heart 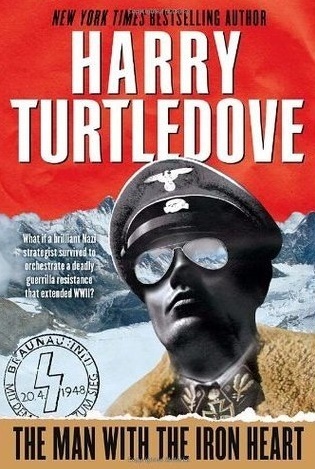 The Man with the Iron Heart is an Alternate History by Harry Turtledove. After the German defeat at the battle of Stalingrad, Heinrich Himmler is convinced by Reinhard Heydrich to help him set up a terrorist resistance in case Germany loses the war. Once Nazi Germany loses and is occupied The War on Terror begins in Germany which eventually leads to Allied troops withdrawing and leaving West Germany as a democratic, un-Denazified country where the Nazi party is now legal.

Not to be confused with The Man with the Iron Heart (original title HHhH), which is a historical/biopic film about Heydrich and his assassination.