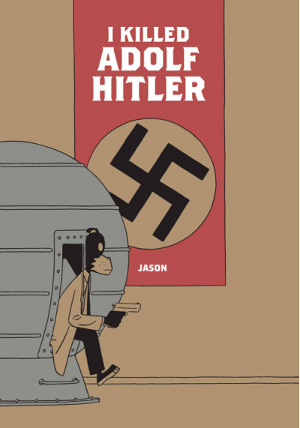 Set in a Crapsack World of Depressed Animals where murder is legal, this short 2007 comic book by Jason follows the life of two unnamed characters: a Professional Killer and his girlfriend. After dumping her, the hero is visited by an old man who hires him for an unusual job: to go back in time and kill Adolf Hitler. It doesn't go as planned: a guard interferes, and the Fuhrer hijacks the time machine, leaving him to go back to his time using The Slow Path. Now, as an old man, he goes back to his former girlfriend to ask her for help in dealing with the mess he's made.