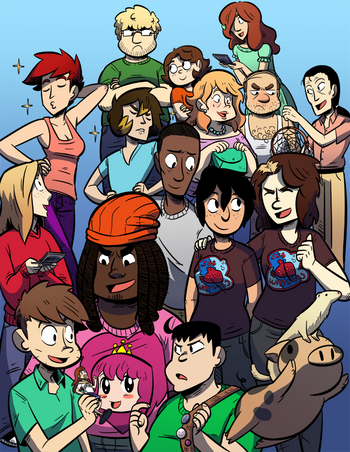 was a Slice of Life webcomic created by Leslie Ortigionote Now Brown and Brad Brown. The webcomic centers around seven different characters in the fictional city of Sucre Marron, each with their own hobbies: