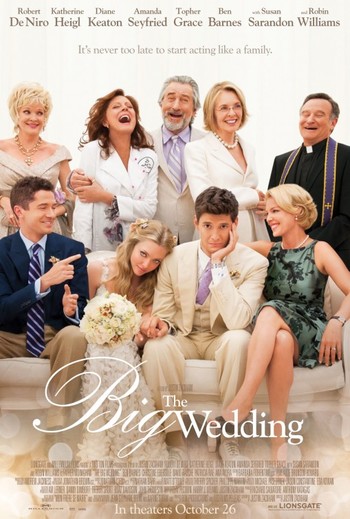 The Big Wedding is a 2013 Romantic Comedy, which is a Foreign Remake of a 2006 French comedy, Mon Frére Se Marie ("My Brother is Getting Married"). The film has a star studded cast including Robert De Niro, Diane Keaton, Katherine Heigl, Amanda Seyfried, Susan Sarandon, and Robin Williams.

The film follows a divorced couple (Deniro and Keaton) who are about to have their adopted son get married. However his biological mother is coming to the wedding, and she believes that his adopted parents are still married. As a result, the couple has to pretend that they're still married in order to keep her happy.