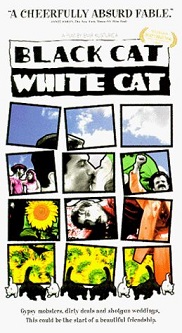 A farcical Yugoslav romantic comedy with plenty of slapstick violence and colorful characters. Directed by Emir Kusturica, also known for Time of the Gypsies, the film follows the hilarious romantic entanglements of a small community living on the edge of the Danube River.

Meanwhile, Matko's son, Zare, who is as honest as his father is corrupt, is hopelessly in love, but his father makes a deal to marry him off to the sister of Ax-Crazy criminal Dadan when the scheme starts going wrong.

As usual, you can find the basics at IMDB