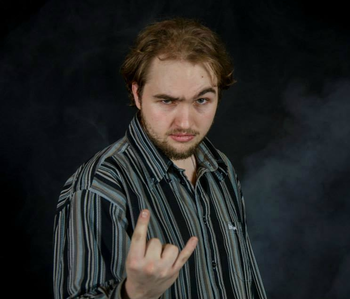 Links posted his first video on YouTube in 2006, but started to gain in notoriety in 2008, when he posted a fanmade song about the online game Hordes

. Then, in 2009, came the video that would change everything: the first episode of Point Culture. Initially meant as a filler video, it was met with praise and turned out to be extremely popular, prompting him to produce more episodes. With the fourth episode, on the subject of Pokémon, the series exploded in popularity, and the rest is YouTube history.

Since then, Links has created several more shows, from Video Review Shows to Affectionate Parodies. They mostly focus on popular culture, especially music and movies. Oh, and statistics; the guy almost has a fetish for them. While most of these shows are still technically ongoing, it is not rare for Links to put them on indefinite hiatus so he can rework them.

Links channel can be found here

, on which he gives his opinion on things that do not warrant a video of their own.

Shows created by LinksTheSun include: