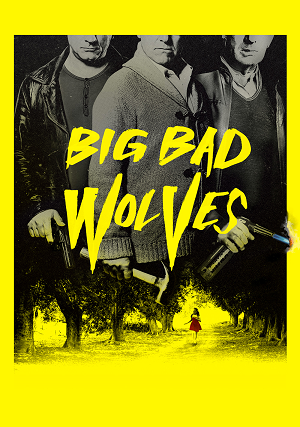 Big Bad Wolves (original title Mi Mefakhed mehaZe'ev haRa‘Hebrew Who’s Afraid of the Big Bad Wolf) is 2013 Israeli thriller film. A series of brutal child murders puts the lives of three men on a collision course: The father of the latest victim now out for revenge, a vigilante police detective operating outside the boundaries of law, and the main suspect in the killings—a Tanakh

teacher arrested and released due to a police blunder.