Fanfic / What is a Person Worth? 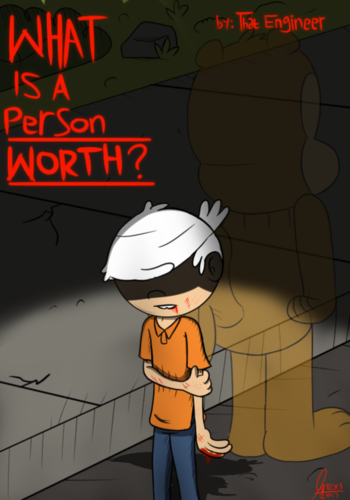 What can you do, when you're seen as a possession, and not a human being?note Cover art

What is a Person Worth?

Much like how Syngenesophobia is with "Brawl in the Family", What is a Person Worth? is written as a more realistic take on "No Such Luck". Taking place after said episode, Lincoln starts to wonder if his family even loves him anymore after kicking him out of his own house and forcing him to wear a squirrel costume that they believe brings good luck.

The story has a sequel, Take It In Stride, that takes place two years after the first story and focuses on how the Loud family (and especially Lynn) are slowly recovering from the whole ordeal that took place in What is a Person Worth?. Find it here