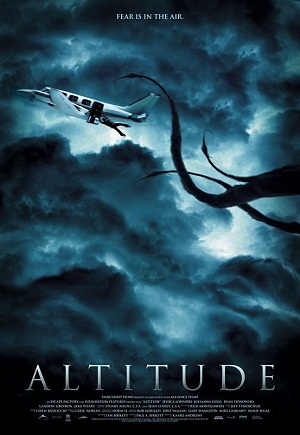 This article is about the film. For the video game, go here.
Advertisement:

Years after Sara’s mother died in a midair collision involving her light aircraft, Sara herself has recently earned her own pilot’s license, and plans to fly herself and some friends in a small plane to see a concert. While one of her friends, Bruce, is at the controls, a brief bout of turbulence causes him to lose control, taking the plane into a steep climb into the clouds.

Now out of radio contact, disoriented by the clouds, and starting to run low on fuel, the four friends must figure out how to get down safely before the giant tentacle monster kills them all.