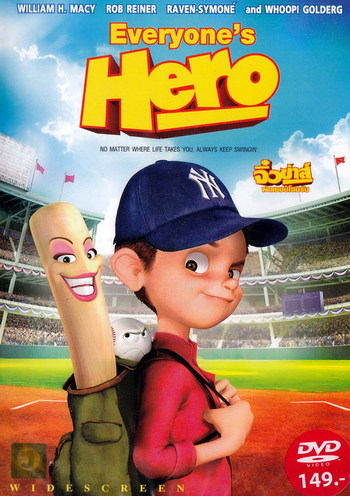 During 1932, 10-year old Yankees fan Yankee Irving is a big fan of Babe Ruth and dreams about becoming a professional baseball player one day, despite being lousy at being a novice. One day, during a visit at the Yankee Stadium with the help of his father working as a janitor there, he gets to see Ruth's special baseball bat. However, he is shooed away by an unknown security officer - who is really Lefty Maginnis, a pitcher for rival team Chicago Cubs - employed by Napoleon Cross - the owner of his team who wishes to make the Yankees lose against his team - by stealing Ruth's precious lucky bat. Lefty manages to do so, indirectly causing Yankee's father to lose his job and endangering Yankee's family to live out on the streets during the Great Depression. Knowing full well who did the deed, Yankee embarks on a journey to recover the bat and return it to Babe Ruth while dealing with Lefty and Napoleon.

Did we mention the bat and the baseball are alive in the eyes of Yankee?