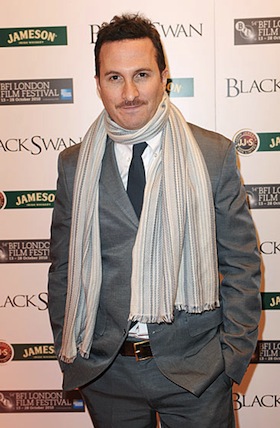 "I'd like to do a lot of different stuff. I think it's important as a creative person to keep challenging yourself and keep doing new stuff. If you end up trying to repeat yourself it's death. It just becomes boring and takes the passion out of it. You gotta find stories and characters that you really want to hang out with."
Advertisement:

His works to date include:

He has also been attached to other projects at various times, including a set of PSAs for The Montana Meth Project, an early version of what would eventually become Batman Begins, The Fighter, a remake of RoboCop that died in Development Hell and The Wolverine.

He was in a relationship with actress Rachel Weisz (who had a role in The Fountain) from 2001 to 2010. He also dated Jennifer Lawrence, whom he directed for his 2017 film mother!.