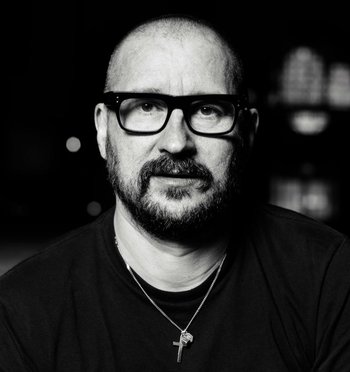 Formerly of Alternative Rock jokesters Pop Will Eat Itself, Clinton Darryl Mansell (born 7 January 1963) is a composer who is mainly known for his work in film soundtracks. And what soundtracks they are...

Characterized by minimalism, high emotional torque, and frequently being horribly creepy, many of his tracks have become just as recognizable as the movies themselves.

Has done music for:

Tropes used/exemplified by this composer: