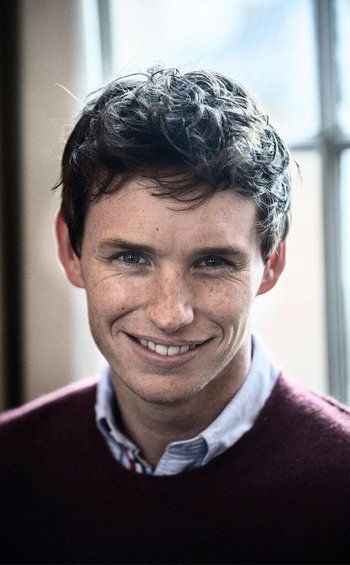 He started his career playing a small part in the musical Oliver!. He made his film debut in 2006 with Like Minds and The Good Shepherd, and subsequently appeared in minor film roles. His role as Colin Clark in My Week with Marilyn and his turn as Marius in Les Misérables (2012) gave him some renown, and he followed these up by starring as Stephen Hawking in the biopic The Theory of Everything, which gained him much acclaim (including the Best Actor Oscar). Since then he's gained fandom cred by joining the Harry Potter franchise as Newt Scamander, the protagonist of the Fantastic Beasts film series.