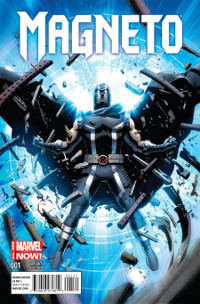 Still the Master of Magnetism.
"Because it is not your powers that give you the strength to fight, but your conviction"
— Magneto, Magneto vol. 3 #9
Advertisement: