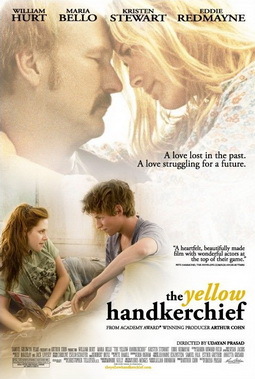 Gordy: Why did you trust him from the beginning?
Martine: I think because I trust...sad people.
Advertisement:

William Hurt plays Brett, a man who gets released from prison at the start of the story. With no home and no family, he ends up hitchhiking with two teenagers. Martine (Kristen Stewart) and Gordy (Eddie Redmayne) are strangers to each other, but get drawn together. Each of them is dysfunctional in their own way, but all bond as they journey to Southern Louisiana. Along the way, Brett is troubled by flashbacks to his relationship with a woman called May (Maria Bello).