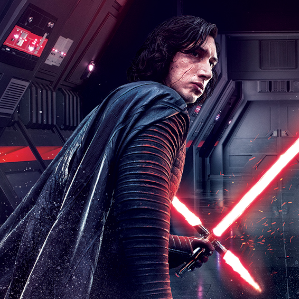 "Let the past die. Kill it, if you have to. It's the only way to become what you were meant to be." 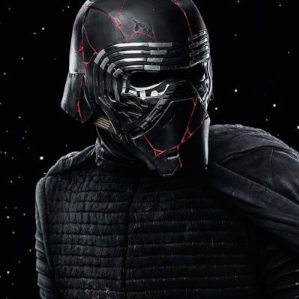 Appearances: Star Wars Rebels note  voice only | Empire's End | Last Shot | Bloodline | The Rise of Kylo Ren | Age of Resistance | Adventures | Battlefront II | The Force Awakens | The Last Jedi | Resistance | Allegiance | The Rise of Skywalker
"The dark side is in our nature. Surrender to it."

The son of Han Solo and Leia Organa and nephew of Luke Skywalker, Ben Solo was destined to become a Jedi Knight under his uncle's guidance, but was lured to the Dark Side of the Force by Supreme Leader Snoke and became his apprentice as Kylo Ren. He is the Master of the Knights of Ren. Kylo Ren wears a black mask reminiscent of his grandfather, Darth Vader, and wields an unstable crossguard red lightsaber.

He was second-in-command of the First Order until deciding to "kill the past" by murdering Snoke and usurping him. Supreme Leader Kylo Ren aims to crush the Resistance, turn Rey to the dark side, and conquer the galaxy together.