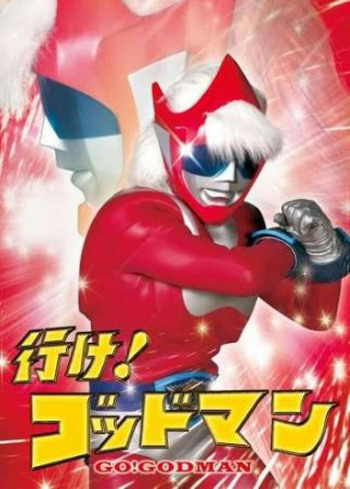 Go! Godman is a 1972 Toku series produced by Toho, better known for producing the Godzilla film series. Although a popular misconception would say otherwise, Godman is not Toho's first Tokusatsu series; That honour goes to Warrior of Love Rainbowman, which was aired a few years prior. Go! Godman was followed up by Go Greenman, although the two shows do not share continuity.

Each episode in the series was divided into 3 to 6 parts, which would then be aired throughout each respective week.

Godman later got another appearance alongside Greenman and some of the show's more popular monsters in 2008, when a 28-minute long special was released on DVD, along with numerous episodes of both shows.

The series became semi-famous because Godman fought several kaiju from the Godzilla franchise, including: