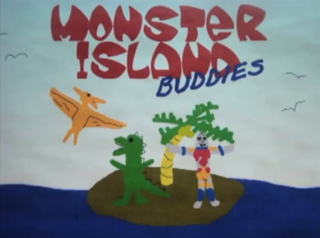 . Like the Toho Kingdom Toons and Twisted Kaiju Theater fanworks, it is a humorous take on the Godzillaverse which deals with the lives of Godzilla and his friends, Rodan and Jet Jaguar, in Monster Island (which happens to resemble a giant house) as well as other fellow kaiju as they face everyday's problems and powerful enemies in a comedic way. Despite being made with toys, the show is adult-oriented in comedy.

For the lack of a better term, the creator himself describes the whole thing as a series where he "takes his Godzilla toys and makes them do silly things. Sometimes a plot happens." The show is essentially an Affectionate Parody of the Godzilla franchise and Kaiju films in general and often satirizes how most Godzilla fan-videos on the web are done by intentionally using cheap effects (ex. with the creator's hand appearing in most scenes to give monsters movement) while using other programs for special effects

Despite its seemingly simplistic nature, it has gained significant praise among the Godzilla fandom and YouTube for its unique style, its interesting plots, its fresh comedy and its clever use of Shout outs. While the main arc ended on its eight season, the channel still provides content such as reviews of Godzilla and kaiju-themed movies, video games, games, comics and other media, as well as post-arc episodes following the daily lives of the buddies, with the ocasional epic adventure thrown in.