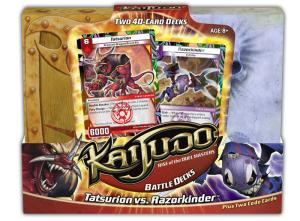 The name's different.... but they are back.
Advertisement:

The game is extremely similar to the first Duel Masters card game, but different enough that the two games cannot be played together. There are three sources of incompatibility: