Music / The Historian Himself 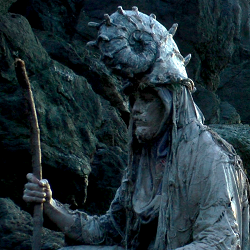 The Historian Himself AKA Brian Engh is a California-based alternative rapper. His main website is here

He has released one album, Earth Beasts Awaken (which can be downloaded for free here

), in 2009, and since then has produced various other singles. In May of 2014 he began a project to improve several of the initial Earth Beasts Awaken tracks. They were also accompanied by music videos featuring battling Slurpasaurs, beginning with "In Mountains"

,followed by "Call to Awaken"

. A third video, "Mowgli", to be released at an as yet unannounced time. All of his music can be found here

The main draw of his music is the unique subject matter, which primarily focuses on science fiction and fantasy concepts. These can range from Kaiju attacks (such as on the Earth Beasts Awaken album), to the story of a haunted town being punished for its sins (as in the single "The Dark Grove"

In addition to rapping, he is also a paleoartist, who has been featured regularly on Sauropod Vertebrae Picture of the Week

, and was in All Your Yesterdays, the free online sequel to the first book, All Yesterdays. It can be downloaded here

Finally, he created a short film called Children of Stone

. It features many of the same ideas expressed in his Earth Beasts Awaken album, but focuses more on the aftermath of the attacks.

Me plus these trees are at war with your city